Lots of progress is being made at Aoyuan’s 8.6-acre master-planned community in North York. Below grade construction for the project’s two-tower Phase I is almost complete, and construction workers are now laying the structure for the ground level. M2M initially launched in 2018 and has since had many milestones to celebrate along the way. The new community was the fastest selling project in 2018, and in 2019 M2M won the BILD People’s Choice Award. 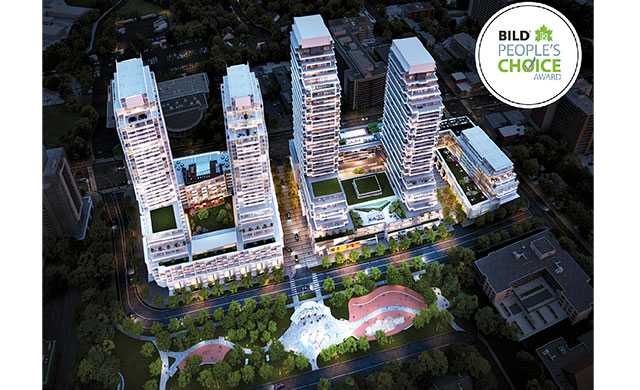 Putting families as the driving force behind M2M’s design, more than 60 per cent of units in the project will be two-bedroom and up. In the last year, Aoyuan released M2M Spaces – a collection of two-storey townhomes and sub-penthouse units to accommodate the growing demand for more spacious real estate in the city. Reflecting on the project’s initial success in the local market, the development team is now gearing up for the launch of Phase II this summer.

When the entire M2M community is complete, it will include five towers with 1,750 residential units, 180,000 sq. ft. of office and retail space, a new community centre, a public park and a daycare. The project is being designed by Wallman Architects, with construction led by SKYGRiD.