Fort McMurray: the fire, the loss, the community 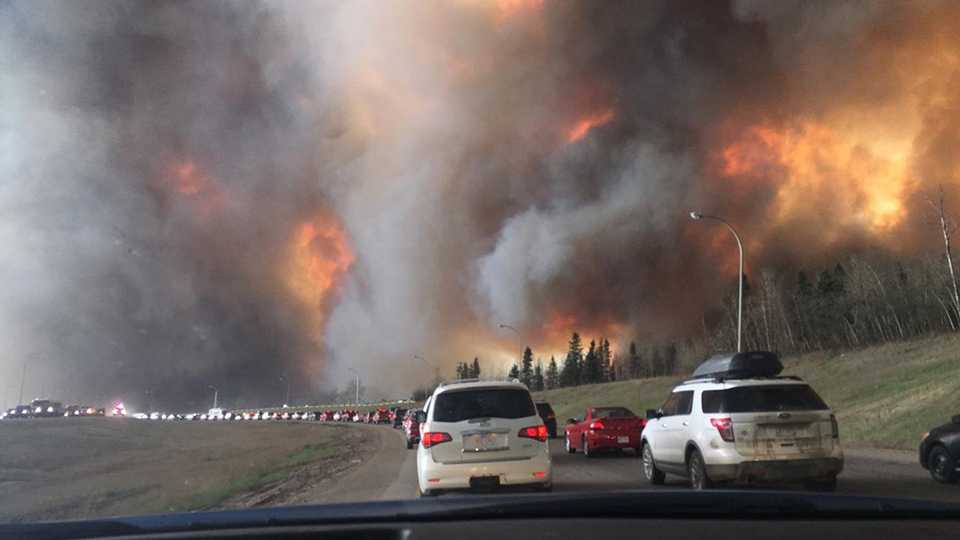 Where do you put an entire city when a wildfire displaces 88,000 plus residents. Alberta has seen more than its fair share of disaster in the past few years, but this is a tragedy of epic proportions and the whole country is looking on, helplessly, trying to figure out what they can do to for the people of Fort McMurray. In fact, according to the Red Cross, “People have been forced to leave their homes in more than 12 northern communities, including Fort McMurray.”

Tuesday May 3rd started out as an ordinary day. There were reports of a wildfire that had been detected on May 1st. That, in itself, isn’t entirely unusual – but the fire quickly spread out of control, and by early afternoon the evacuations has begun. By 6.30 p.m. the entire city was ordered to leave. Highway 63 was jammed, traffic flowed out steadily, past walls of fire and through the haze of smoke. 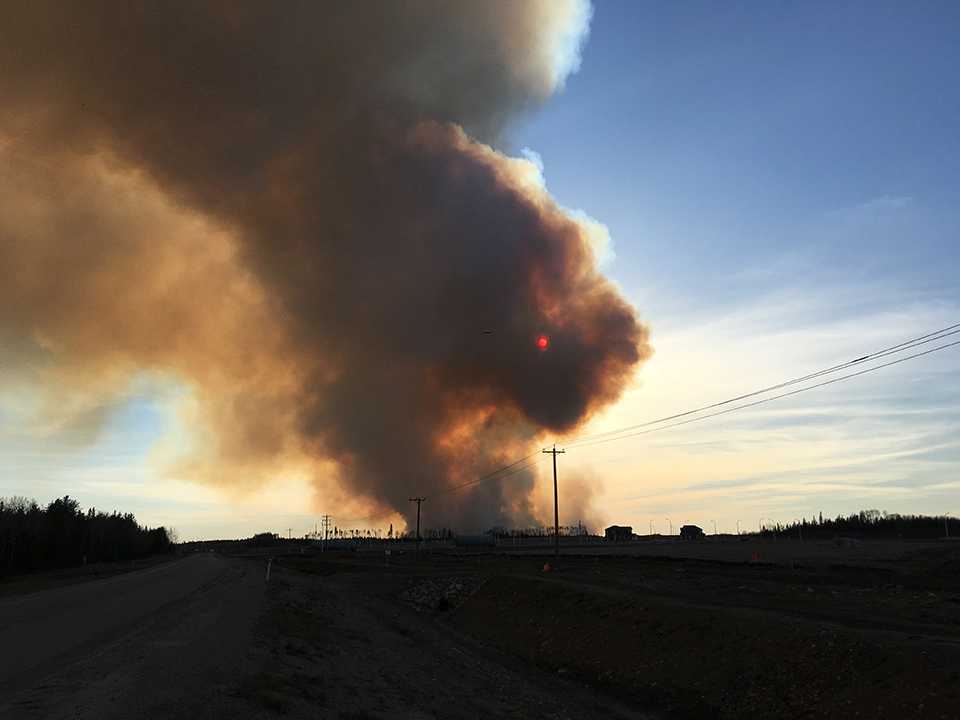 Dry conditions caused the fire to rage out of control very quickly. With over 100 firefighters, 16 air tankers, 12 helicopters and more to come from across the country, they’re still working hard to contain it. With an expected 10,000 hectares to be lost, nobody in the area is escaping without some loss.

It was nothing short of heartbreaking when the CBC reporter asked evacuee Faye Drew what she’d left behind and Drew responded “Everything.” While reports are that no lives were lost, and this certainly is a very positive note, everyone is wondering whether there will be anything to return to.

But for now, the most pressing issue is, where do you put close to 90,000 displaced residents? The camps used to house oil workers are being filled up with evacuees, and many have also opted to travel to stay with family in other parts of the province, and across the country.

When the fire comes under control and the smoke clears away, some people may have a home to return to, but for a vast number, there won’t be anything to go back to. Many watched as their homes became engulfed, as their worlds were ignited and all their worldly possessions set aflame. They made their way out knowing there was no return.

It’s been astounding to see Albertans come together. It’s a community that shows care, strength of character, community pride. People are opening their homes, donating time, donating money, even donating apartments. Landlords and property management companies in several surrounding communities including Edmonton and Calgary are donating vacant apartments to those in need of rehoming, rent free.

The Red Cross is also an exceptional resource during this period of urgency. “Families and individuals who have been evacuated can call with inquiries or to register. The toll-free number is: 1.888.350.6070. Registering helps reconnect family members and enables response agencies to mobilize resources.” Beyond this, they’re also coordinating donations and facilitating distribution of them.

The Red Cross has offered these instructions: “Canadians wishing to help are encouraged to make a financial donation to the Alberta Fires Appeal online at www.redcross.ca/albertafires, by calling 1.800.418.1111 or by contacting their local Canadian Red Cross office. Donations could provide relief for those affected in the form of emergency food, clothing, shelter, personal services and other necessities that assist with recovery and resiliency.”