Gabriola House: a mansion for renters

vAlthough the downtown peninsula was once home to many mansions of this stature, the only ones left now are Gabriola House and Abbott House, which has been converted to condos.

Built at the turn of the 20th century, between 1900 and 1901, by the founder of B.C. Sugar Refinery, B.T. Rogers, the mansion was given its name after Gabriola Island, where its sandstone exterior, which has remained the same since it was built, came from. The building is typical of the Victorian estate homes built in the West End in the late 19th and early 20th century. This area once known as “Blueblood Alley,” because it was so popular with well-monied CPR executives who favoured Queen Anne and Edwardian-builder style architecture.

Gabriola House remained Rogers’ home until his death in 1918. In 1924, the property was transformed into Angus Apartments. It was subsequently converted into Hy’s Mansion, an upscale restaurant, in 1978. In 1994, it was transformed yet again into the Macaroni Grill. The Macaroni Grill left a few years ago, and it was listed last year for $10 million. Since the building is a designated heritage structure, it cannot be torn down. 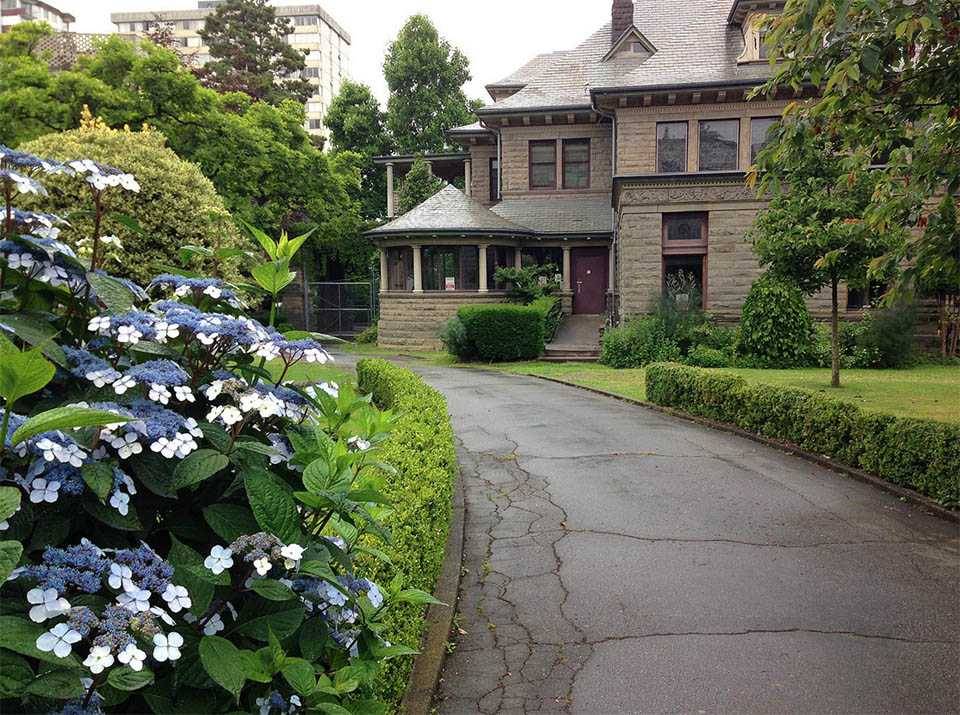 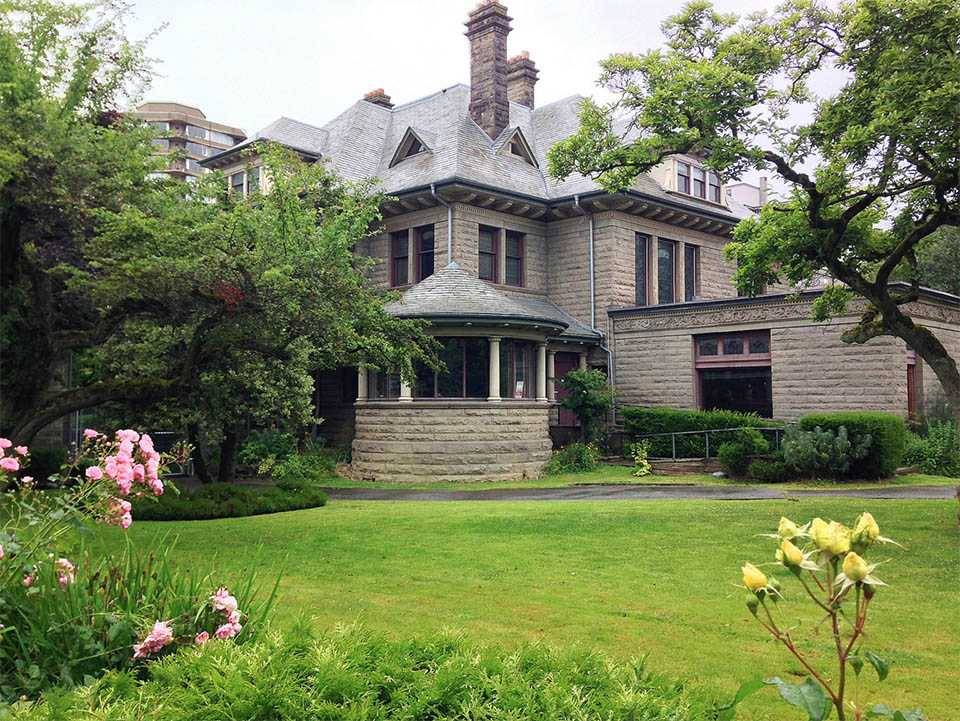 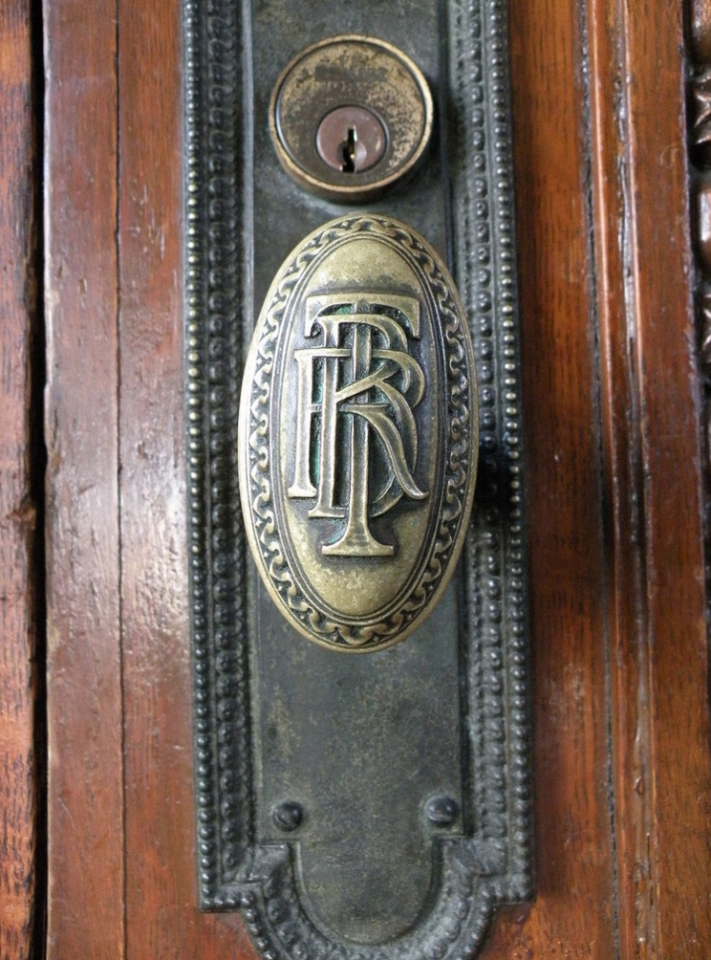 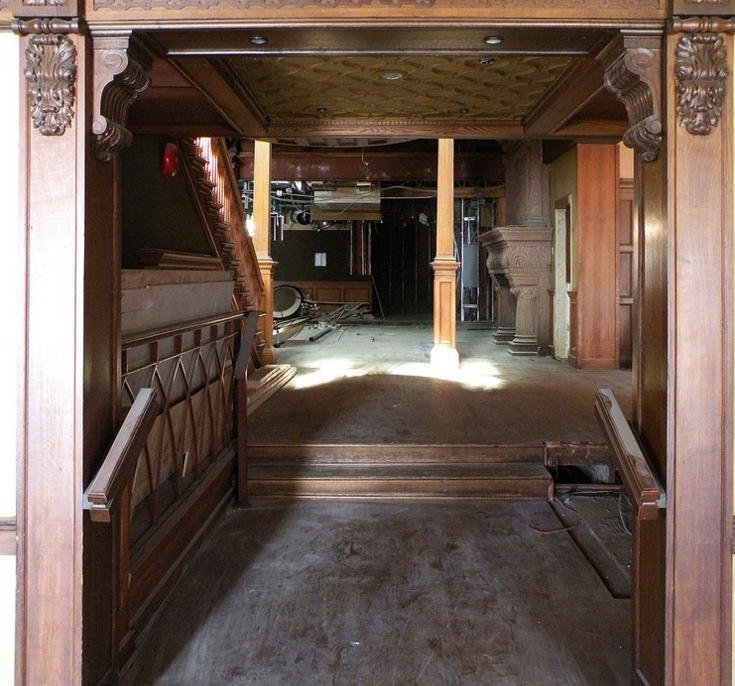 The mansion’s latest guise will be as rental apartments, according to new owner Nevin Sangha. He plans to retrofit residential units in the 17,327-sq.-ft. house. Suites will range up to three bedrooms in size. Although Sangha’s plans for the site are still in the works, he expects that the number of apartments on site will probably be in the teens.

Sangha would like to add four townhouses to the lot’s northeast corner, but he plans on preserving the Gabriola Mansion’s exterior, as well as maintaining its interior as much as possible.

This means that such details as the mansion’s stained glass windows, its imposing staircase and impressive Arizona sandstone fireplace will likely be kept.

Rogers spared no expense when he built his home on a hill with an expansive view of English Bay. He had B.C.’s foremost architect of the day, Samuel Maclure, design it, and B.C.’s leading stained glass artist, James Bloomfield, was responsible for the superb stained glass triptych on the second floor landing. His initials, BTR, adorned the doorknobs of the mansion. The dining room had a coved ceiling molded in a Jacobean style of intersecting bands.

The mansion, which had a carriage porch, a drawing room, a conservatory, a library and a billiards room, was clearly built for entertaining Vancouver’s elite. Stories of rum running and secret tunnels connecting the property to nightclubs and finishing schools abound.

Sangha expects that Gabriola’s rich history and architectural beauty will make it popular with renters.

Diane Duflot is a freelance writer and editor.

Next stop, success: Why you should invest near transit

Many changes ahead for False Creek