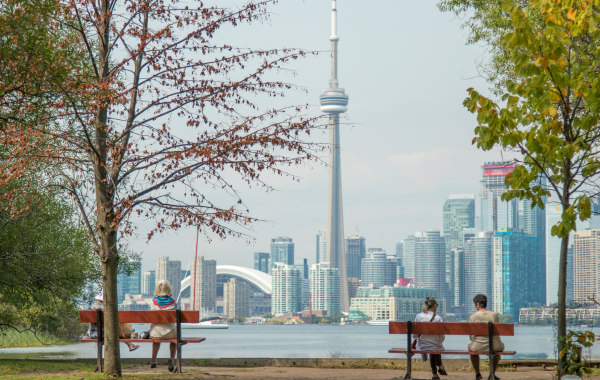 by Wayne KarlGet ready for a busy GTA housing market this fall and into 2019, as the recent correction is coming to an end – especially for single-detached homes – according to a new report from ReMax Integra, Ontario-Atlantic Canada Region.Following a strong summer market, demand for detached homes is on the upswing, as active listings fall and average prices begin to rebound, the realty firm says.The supply of detached homes listed for sale has gradually declined, after peaking in May, according to the Toronto Real Estate Board. Average price in the nine TREB markets has been battling back from trough levels that were reached as early as July of 2017 in Durham Region to as recently as February of 2018 in the Central Core.

“We expect momentum to build moving into the traditional fall market, and the trend to continue throughout the remainder of the year,” says Christopher Alexander, executive vice-president and regional director, ReMax Integra, Ontario-Atlantic Canada Region. “The worst is now behind us. Pent-up demand will be a factor in the coming months, as homebuyers – many of whom delayed their purchasing plans – are entering the market.”Despite some softening in sales activity, condo prices have continued to climb throughout 2018, with the year-to-date average price (January to August) now $548,103, seven per cent ahead of 2017 levels. During the same period, average price for a detached home in the GTA has come down 11 per cent to $1.01 million. The differential – $623,288 versus $464,729 – has many buyers thinking that if they stretch their budget, they can buy a detached home, Alexander says. Condo townhouse values were on par with year ago levels ($569,103 versus $571,463), while semi-detached homes were down just three per cent year-over-year.First-time buyers of single-detached homes in the $600,000 to $900,000 range are leading the charge, ReMax says. Since June, this segment has reported a 22-per-cent increase in year-over-year sales. Inventory at this price point in the 416 area is low, potentially prompting buyers to expand their search into the 905, where supply and price options are more plentiful.The luxury market is also beginning to firm up, with a 16-per-cent increase in sales of single-detached homes priced at more than $2 million in July and August, compared to the same period in 2017. 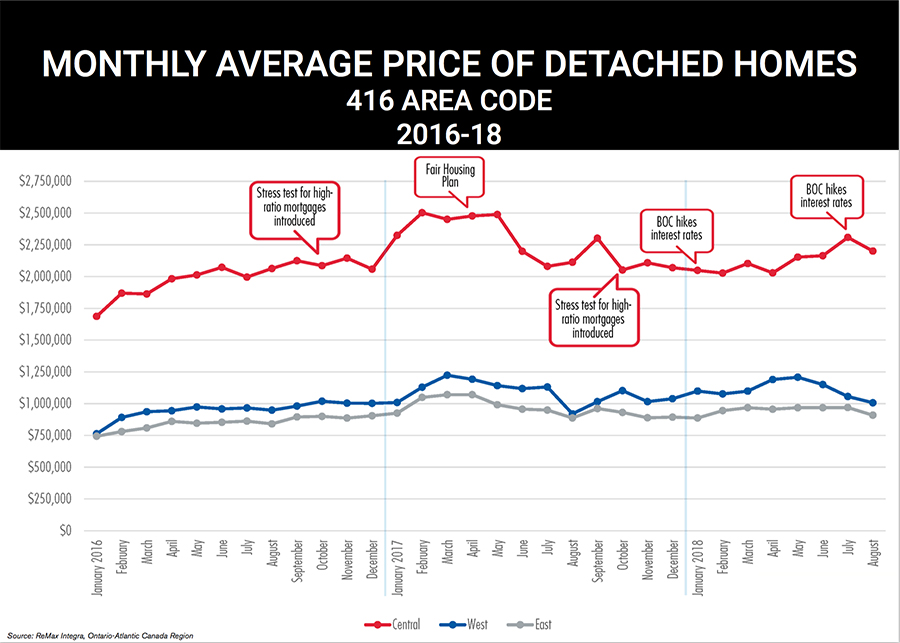 “It’s been a real roller coaster for single-detached properties in the GTA over the past 32-month period,” says Alexander. After reaching peak levels in early 2017, market-cooling tactics such as Ontario’s Fair Housing Plan in April, the federal government’s mortgage stress test expansion in October of 2017, and the Bank of Canada’s interest rate hike in January of 2018 created a great deal of uncertainty in the market.Many financial experts, however, expect another interest rate hike, possibly as early as the next Bank of Canada announcement on Oct. 24, or the following one on Dec. 5."There’s no question that the threat of higher interest rates has propelled more buyers into the GTA housing market in recent months," Alexander told Homes Magazine. "We suspect that small, incremental hikes will be absorbed, especially in the short-term, as buyers take advantage of detached housing values that are off peak levels.“While the October 2016 stress test for high-ratio mortgages had little impact on the market, the same can’t be said for subsequent interventions,” says Alexander. “Conditions had changed. Inventory levels reached their lowest point in October 2016, which contributed to a notable uptick in sales and pricing between October and May 2017. The introduction of the Fair Housing Plan set the wheels of correction in motion.”The run-up in detached housing values between January 2016 and peak levels in early 2017 was unprecedented. The highest appreciation was noted in the city’s west end, where the average price had climbed 60 per cent in the 14-month period, rising from $763,327 at the start of 2016 to $1.22 million in March of 2017.

Durham Region, Simcoe County and Dufferin County also experienced serious gains in just over a year, with prices climbing 55 per cent, 52 per cent and 59 per cent, respectively. The average price of a detached home in the central core, home to the most expensive properties in the GTA, rose 48 per cent, jumping from $1.68 million in January 2016 to $2.5 million in February 2017. Peel Region, the city’s east end, York and Halton Regions all reported increases ranging from 38 to 47 per cent over the one-year period.“The pace was simply unsustainable,” says Alexander. “While government intervention appeared heavy-handed at the time, in retrospect, the measures put in place served to cool down a wildly overheated market.”Since then, buyers have cautiously re-entered the market, with many taking advantage of lower, post-correction detached property values. By the end of August 2018, homes in the more-affordable West and East Districts were back on the rise and within striking range of those average prices reported during the same period in 2017. Detached housing values in the city centre – the target of investors throughout 2016 and early 2017 – have been climbing, albeit at a more moderate pace, particularly north of Hwy. 401. 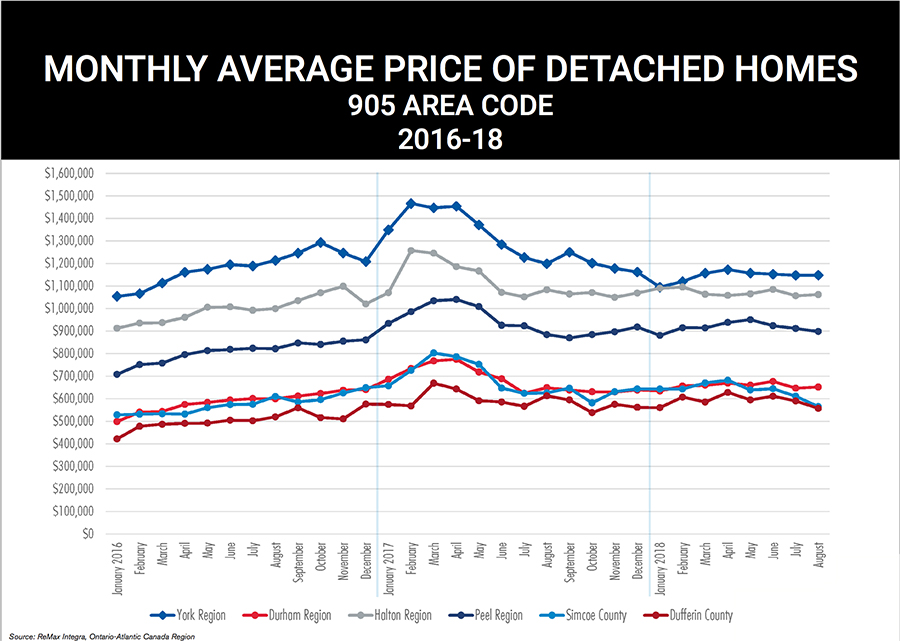 In the 905 areas, recovery is moving at a slower pace, but as inventory levels decline, detached housing values are expected to appreciate. In particular, Brock (Durham Region) and Essa (Simcoe County). Burlington, Halton Hills, Brampton, Orangeville and Scugog are all showing promise in detached home price growth.“After an extended period of housing market inertia, the floodgates are breaking open,” says Alexander. “Upward movement in detached housing values and the threat of additional interest rate hikes in the future are prompting homebuyers to get off the fence and into the market. Rising consumer confidence, job security and an economy firing on all cylinders should continue to support healthy home-buying activity in the GTA for the remainder of the year and into 2019.”Wayne Karl is Senior Digital Editor at Homes Publishing Group. wayne.karl@homesmag.com