It takes a community to revitalize a downtown core

In the late 1990s, many Winnipeggers associated the city's downtown with a high crime rate, empty storefronts, and streets that were deserted outside of normal business hours. In 1999, Winnipeg's city council established Centre Venture, a non-profit corporation with a mandate to revitalize the downtown core. 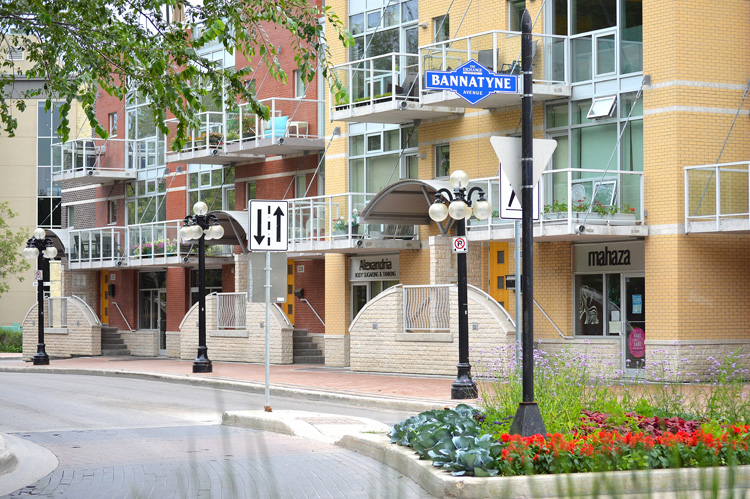 Asked why she thought that the revitalization of Winnipeg's downtown was so important to the city, Angela Mathieson, president and CEO of Centre Venture, noted that the city centre houses many of Winnipeg's cultural and sports venues as well as a number of heritage buildings. "Downtown is where Winnipeg began and we're very lucky that many of our heritage buildings are still intact to remind us of where we came from."

One of Centre Venture priorities has been to identify distinct neighbourhoods in the downtown area. "We're working on district strategies and looking at the different types of assets that are part of downtown, really trying to develop plans specifically around the inherent components of those unique areas." One example Mathieson points to is the development of Waterfront Drive in the east Exchange District. "What you're seeing there are smaller chunks of residential development with excellent access to the river." 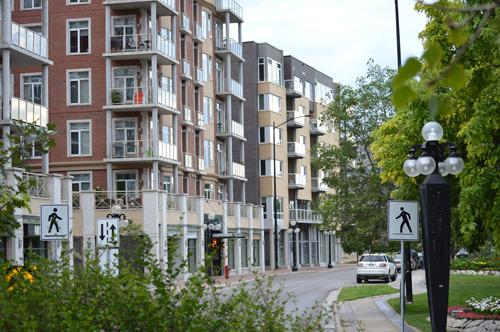 It's important to Mathieson and Centre Venture to get more people downtown. "Until you have a critical mass of people coming to downtown, revitalization is not going to be successful. What's especially important is encouraging people to live downtown. When you have people coming downtown for different activities at different times of the day, either living here, working here, or coming to the Jazz Festival, Fringe Theatre Festival, or sporting events, you can layer all those things together and start to see the spinoffs, like new restaurants, new coffee shops, and specialty retail."

Centre Venture has been working with business associations, such as Downtown Biz and Exchange Biz, to improve downtown for all Winnipeggers. "Our partners are the boots on the ground," said Mathieson. "They keep the streets clean and safe. The whole process is a real community effort."

Christine Purfield traded numbers for words when she gave up the dizzy heights of finance and accounting to become a freelance writer. She can usually be found writing, knitting, or avoiding housework. If you can't find her, she's travelling.

5 tips for selling your home in a buyer's market