It's official Edmonton... The recovery is on 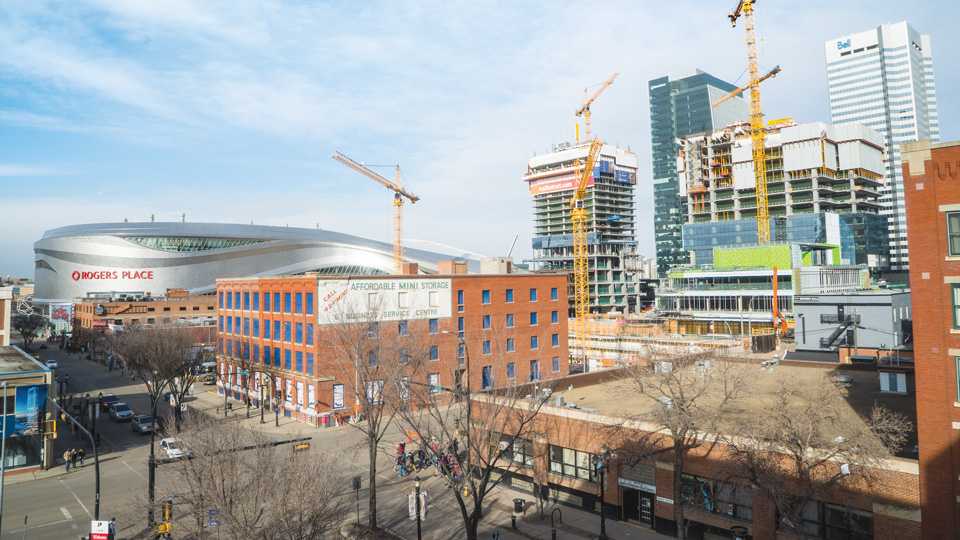 Well done, Edmonton. You’ve weathered the natural resource storm over the last few years, and your economy and housing markets are poised to recover. In fact, the comeback is already on.

But don’t just take our word for it. Indeed, all of RBC, The Conference Board of Canada and Canada Mortgage and Housing Corp. issued recent reports that point to the recovery.

And another important vote of confidence recently came from the Real Estate Investment Network (REIN), which names Edmonton as the number one place to invest in real estate over the next 12 to 18 months.

Let’s examine the key reasons these organizations are giving the city the thumbs up.

The Conference Board of Canada, in its Metropolitan Outlook – Autumn 2017, says Alberta will boast the fastest-growing provincial economy this year.

For Edmonton, specifically, all the important numbers are trending in the right direction. Real GDP is expected to increase by 3.9 per cent in 2017 – the first increase in three years – and by a further 2.2 per cent in 2018.

Edmonton’s economy is benefiting from higher oil prices and increased investment and drilling plans. At the same time, output in the construction sector is also bouncing back, the Board says.

Non-residential construction has been busy with several non-energy developments. Chief among them are the new Rogers Place arena, the Royal Albert Museum, new hotels and stores, college expansions and millions of square feet of new office space. In addition, projects continuing or beginning in 2017 included the new Valley Line LRT, the MacEwan Centre for the Arts, the redevelopment of the old Molson brewery building, a new city park and funicular and a new Premium Outlet mall.

Mortgage rates are expected to rise modestly over the 2017-19 period, CMHC says. This increase is consistent with the expected improvement in domestic economic conditions and the predicted increase in world interest rates.

“We’re in the initial stages of a rising interest rate environment,” adds Robert Hogue, senior economist at RBC. “The end of ultra-low interest rates will signal a new chapter in the housing market.”

Despite these increases, mortgage rates are expected to remain below levels observed prior to the Great Recession.

Despite the economic recovery pausing slightly in the earlier part of 2017, home resales are trending solidly above year-ago levels and properties listed for sale increased, RBC says in its latest Housing Trends and Affordability Report.

Housing affordability in Edmonton – which remains among the best in the country – is not a concern, RBC says. Employment, however, might be. 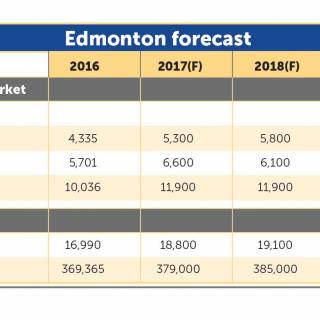 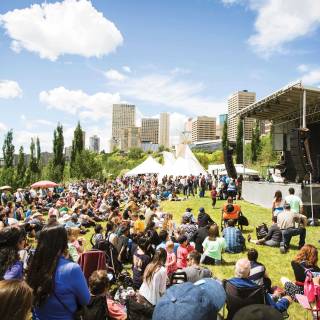 Job growth is projected to improve next year, but consumer spending will slow in step with the overall economy. Though Edmonton’s unemployment rate is expected fall for 2017, it is likely to remain above the national average.

Why all of this matters…

With employment and personal disposable income growth picking up, consumers are more encouraged to spend again. Retail sales are forecast to rise by a vigorous 8.3 per cent for 2017 and a more moderate 2.4 per cent in 2018, the Conference Board says. This will translate into increases of 4.5 per cent and 1.1 per cent in wholesale and retail trade output in 2017 and 2018, respectively. The business services sector is also growing again, with stronger growth in the cards for 2018.

All of these developments are among the reasons REIN ranks Edmonton number one for investment destinations through to 2019. Calgary comes in second.

Cities near Edmonton – Leduc and Fort Saskatchewan – take the next two spots on the list, as both are expected to benefit from a “ripple effect” that comes with
their proximity to the diverse and robust economy.

“Alberta had an amazing last couple of decades of economic and demographic growth,” REIN Senior Analyst and best-selling real estate author Don R. Campbell told NextHome. “However, Edmonton has been protected from the worst of the downturn and will be the first to recover as the economy begins to re-ignite as its economy is much more diverse than other areas of the province.”

Lethbridge captures spot five, thanks to the fact it relies less heavily on the energy sector for its economic health.

Wayne Karl is an award-winning writer and editor with experience in real estate and business. Wayne explores the basics – such as economic fundamentals – you need to examine when buying property.