LIVING HISTORYClarington is the most easterly municipality in the GTA, located along the north shore of Lake Ontario. It is the amalgamation of the former townships of Darlington, Clarke, Bowmanville, the Village of Newcastle and the Village of Orono, as well as a number of rural villages, some of which are Bond Head, Enniskillen, Hampton, Kendal, Maple Grove, Mitchell Corners, New Park, Newtonville, Port Darlington, Port Granby, Salem, Starkville, Taunton and Wilmot Creek.There are heritage buildings and structures scattered throughout the rural countryside and in clusters of heritage homes within the towns and hamlets. But Clarington is full of new housing tracts and condominium buildings in the denser areas.Click here for a list of homes for sale. 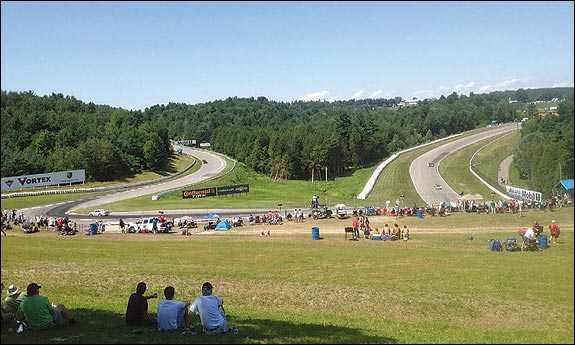 LEISURE PURSUITSThe Canadian Tire Motorsport Park (formerly Mosport International Raceway) in Bowmanville hosts both minor grand prix races and major racing events. Clarington is home to five Christmas parades, more than any other municipality in Canada. The parades are held in Bowmanville, Newcastle, Courtice, Orono, and Enniskillen/Tyrone. Docville Wild West Park is a mock Wild West town that offers tours and is also used as a film set. Bowmanville is also home to Camp 30, a POW camp for German troops during the Second World War and the last surviving POW camp in Canada.PARKS & RECThe largest park in the area is the Darlington Provincial Park, located south of Highway 401 near Courtice. The park borders the shore of Lake Ontario and McLaughlin Bay, which is shallow and was closed off from the lake sometime in the 1990s by natural wave action. It offers lots of recreational activities, including camping, picnic facilities, nature trails and a long strip of sandy beach.The Samuel Wilmot Nature Area in Newcastle is a 77-hectare park that contains trails, viewing platforms and interpretive signs. The Port of Newcastle Park offers spectacular view of the lake from its kilometre of paved trail located on the top of a bluff.Clarington also offers a large range of recreational facilities at its many parks. There are a host of country-style fairs in many of the rural communities that make up Clarington including AppleFest in Bowmanville, the annual Orono Fair — one of the oldest fairs in Ontario — every September, the BluesBERRY Festival in Bowmanville, which celebrates the best of blues music and fresh berries, and the Wooden Boat Festival at the Port of Newcastle Marina.

RETAIL THERAPYThe small towns and hamlets that make up Clarington are full of lovely boutiques, cafés, bistros, gift and craft shops and, of course, there are plenty of farmers' markets. Although the area doesn't have a large indoor shopping mall, you don't have to go far to fulfill your need to shop until you drop; there are great indoor malls and big box stores in Oshawa and, a little further afield, Peterborough.EASY ACCESSHighway 401 runs throughout the region, with Highway 35 and Highway 115 bisecting Newcastle and taking commuters north into cottage country. Durham Region Transit offers some bus routes throughout Clarington, taking commuters west, and GO Transit offers train and bus service in and out of the region.