It took two years from conception to completion, but on Sept. 17, HighPark Condominiums finally become home to an innovative multi-media public art installation. Builder/developer Daniels Corporation unveiled a permanent three-component art installation called We Are All Animals, created by Elle Flanders and Tamira Sawatzky of the Public Studio, a collective art practice of Flanders, who is a filmmaker, and Sawatzky, who is an architect.

“The opportunity to work with Toronto’s arts community is near and dear to our hearts at Daniels,” says executive vice-president of the Daniels Corporation, Niall Haggart. “Through an intense consultation process and competition, we selected Public Studio for its brilliant interpretation of this special setting, and for its mentorship component, which involved working with OCAD University students. Public Studio went above and beyond to create a stunning interpretation of the HighPark Condominiums lifestyle that engaged the greater community by involving emerging artists in the process.” 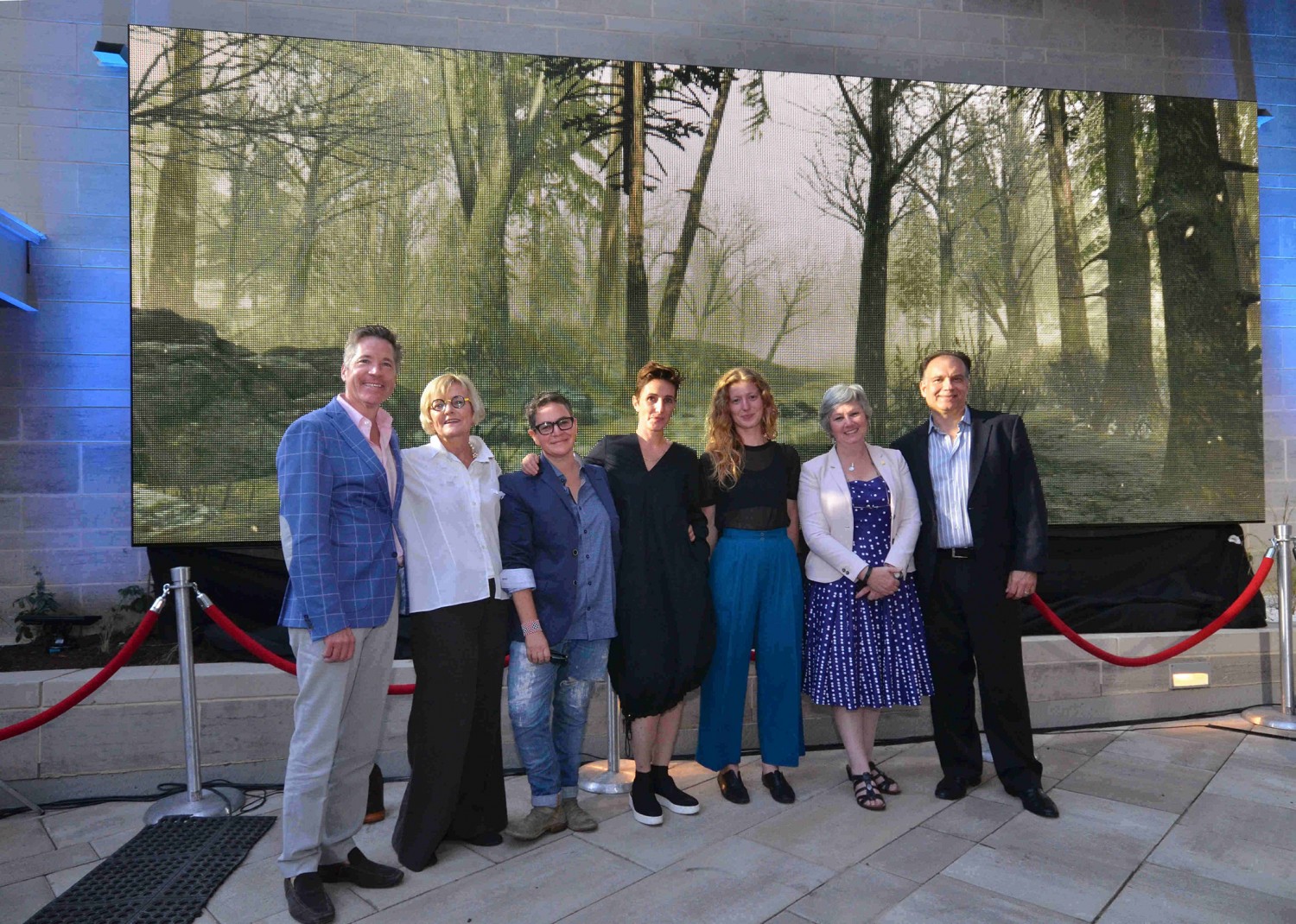 Commissioned as part of the City of Toronto’s Public Art Program, the installation, located at 1830 Bloor Street West, is designed to serve as a bridge between the HighPark Condominiums courtyard and neighbouring High Park, all while reflecting the relationship between urban environments and nature in a hyper-connected digital world. The integrated work consists of three pieces that address the confluence of ecology, urbanism and technology: A large LED screen (22ft x 9ft) that is a landscape tableau of trees, animals and terrain depicting a High Park scene that has been modelled and rendered in digital gaming software. Expressed in a real-time environment, changes occur at the same speed as they would in nature; three slightly larger-than-life coyotes, hand-carved from limestone and shaped with hard edges, as a digitally-rendered model would be in its first stage of construction; and a long bronze bench inscribed with the name of the installation. The lighted bench highlights the words from within and at both ends.

Students from OCAD University collaborated on the project, allowing them a unique experiential opportunity. For Public Studio, the project reflects a true integration of what’s real in relation to the virtual world in which we live.

“As an architect and filmmaker duo, we wanted to find a way to integrate current technology and the prominent role screens now occupy in our culture, merging the real world with the virtual,” explained Flanders and Sawatzky of Public Studio. “Like the city around it, We Are All Animals is constantly changing — we felt we wanted to create a new kind of public art work that moves beyond the sculptural and that will never be viewed the same way twice.” 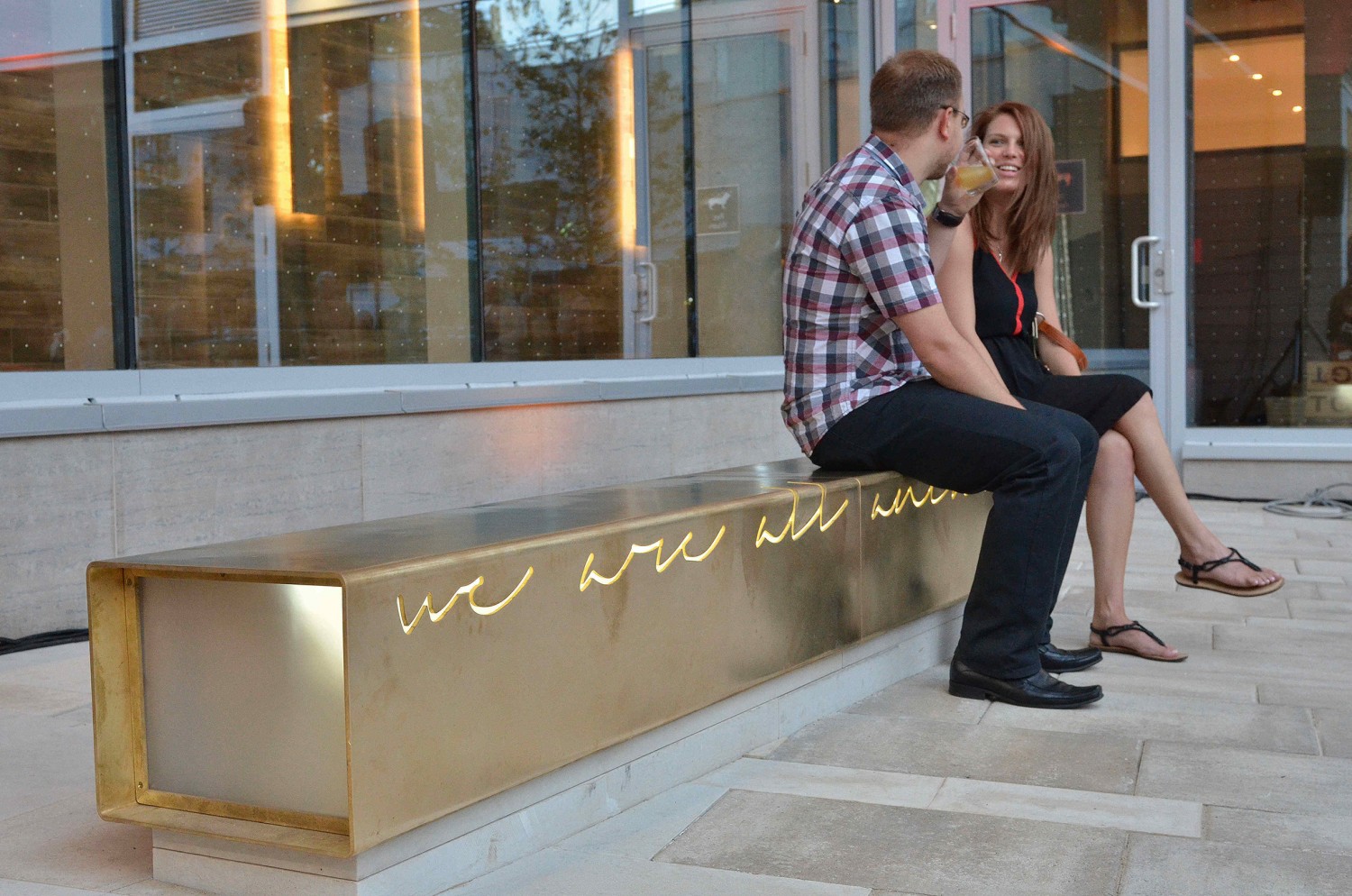