All of the units at Stone & South, a luxury condominium in Gananoque, will have views of the St. Lawrence River and the 1000 Islands

GANANOQUE – It's one of Canada's prettiest towns, but you wouldn't want to look at it from the balcony of your new condominium — not when there is an even more spectacular view from the other side of the building.That's what persuaded Burlington architect Adrian Mauro to redesign Stone & South, a luxury condominium proposed to sit on the shore of the St. Lawrence River in this resort town.

"Nearly every visitor to our sales office wanted a residence overlooking the river, not the townsite," said developer Gennaro DiSanto.So DiSanto, chief executive officer at Kingston-based developer CaraCo Group of Companies, worked with Mauro to create a design where all 41 suites in the six-storey building get a view over one of the world's great waterways.

The 1000 Islands draw vacationers from across the continent, even the world, with its unique topography, history, architecture and leisure activities in this boating paradise. New York State is on the opposite shore and ships from around the world cruise up and down the St. Lawrence Seaway.CaraCo plans to erect two condominium buildings where an old marina existed next door to the famous 1000 Islands Playhouse – called Canada's most charming theatre. Many patrons arrive by boat and tie up to the theatre's L-shaped dock. 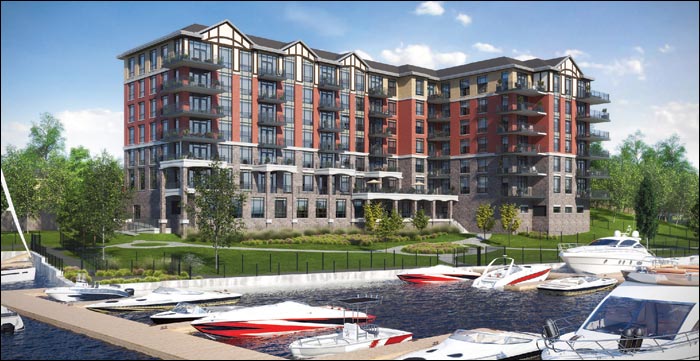 The condo project is called Stone & South as it's located at the intersection of Stone and South Streets and kitty-corner from the famous Gananoque Inn and Spa. Stone Street is named after Colonel Joel Stone, who headed up the Leeds Militia that defended Gananoque when a U.S. army squad invaded during the War of 1812. The invaders burned a supply house and stole the contents.Although it's a phased development, DiSanto expects both buildings will be built simultaneously, with both buildings sharing an underground parking garage. He expects sales of the second phase residences to start this year.Occupancy of first phase suites is anticipated for late 2019 and early 2020. 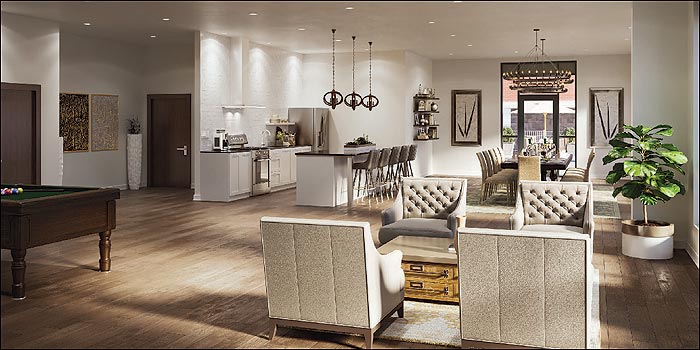 Prices start at $488,900 and range up to $849,900 and that includes indoor parking. The suites range up in size to 1,547 square feet for three-bedroom residences. There are two-bedroom and two-bedroom-plus-den layouts.To take advantage of the spectacular scenery of the area Mauro and DiSanto designed suites with floor-to-ceiling windows facing east and balconies that are eight-feet deep.Amenities include The Upper Deck party room on the main level, which includes a kitchen, dining area, billiards table and televisions in its indoor and outdoor spaces; a fitness centre; pay-per-use executive concierge service; a lobby with an active fireplace; storage lockers; private gated and landscaped outdoor barbecue areas; an off-leash dog park; storage for kayaks and canoes; swimming and fishing docks; and visitor parking. 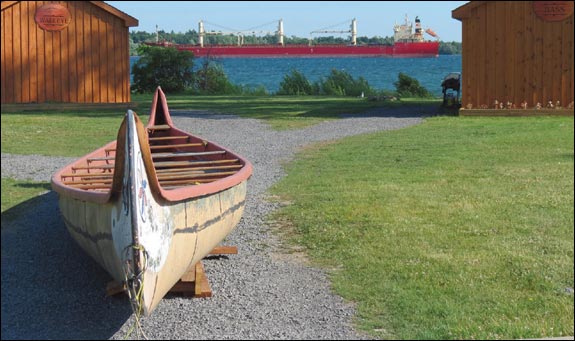 The area is a boaters' paradise and purchasers at Stone & South can buy private dock spaces 30- and 40-feet long for $35,000 and $45,000 respectively.Mariah Hamilton, sales director at the project for realtor Milborne Group, said so far half her purchasers intend to have a boat moored at their condo residence. Many of the purchasers are moving to Gananoque from Toronto and Ottawa. Toronto is 289 kilometres via Highway 401, Ottawa is 162 kilometres, and Montreal is 258 kilometres. Kingston is 35 kilometres to the west via the 401 and 30 kilometres if you follow Highway 2, which hugs the shore of the St. Lawrence River.CaraCo Group of CompaniesStone & SouthLocated at 5 King Street East, Gananoque, the Sales Centre is open Tuesday to Friday from 11 a.m. to 5 p.m., Saturday and Sunday from noon to 5 p.m., closed Monday and holidays.613.876.2524StoneAndSouthCondos.ca