Toll roads will take a toll on residents 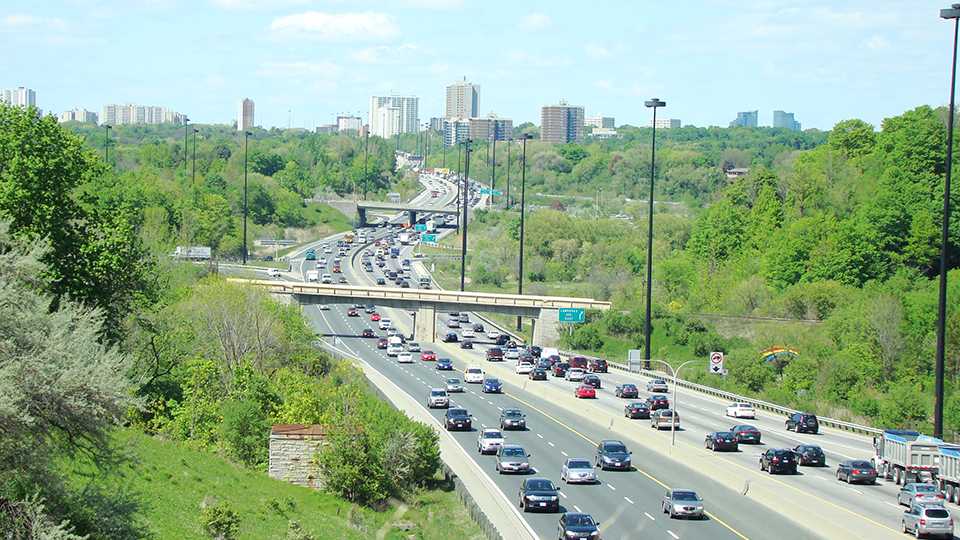 Are toll roads the answer? Apparently they’re the answer that Toronto City Council has landed on. After 12 hours of debate, on December 13, 2016, Mayor John Tory’s motion to add tolls to both the Don Valley Parkway (DVP) and the Gardiner Expressway was passed by a 32-9 margin.

While paying tolls to use roads isn’t a new idea, it’s a relatively new prospect for residents of the GTA. Of course Highway 407 has been collecting tolls for nearly 20 years now, but it’s not a critical artery in the heart of Toronto and is seen as more of a suburban convenience, connecting areas north of Toronto to the eastern and western reaches of the GTA. It can be pricey, and its transponder technology is de rigeuer for regular users, but droves of drivers avoid Highway 407 with Highways 7 and 401 as free alternatives along the same route.

Tolls are Tory’s answer to a major shortfall in transit and infrastructure expenditures. There is a $33 billion shortfall in funding, and at an estimated $2 per trip, the tolls would bring in $200 million each year.

We already pay for roads in our hefty city taxes. While the money has to come from somewhere, and new infrastructure isn’t cheap, it was seen as the least horrible of the three proposed solutions: Tolls, property taxes or selling off other municipal assets, like Hydro One.

With tolls a real possibility, it has a rather unfortunate affect on real estate – or more specifically, where people will be able to afford to live and work. At $2 per trip, or $4 round trip each day, the cost of commuting goes up $80 per month. For those with very tight budgets, this added cost could tip the scales and mean the difference between having a job and not having a job. Some that already commute a considerable distance may find this takes its toll.

The DVP is the only highway artery on the east side of the GTA, and The Gardiner is the only crosstown highway in the city’s south end. It diverts a huge amount of east-west traffic from going through the city’s core. Toronto’s core has heavy traffic throughout the day, which escalates to a near-gridlock situation during peak rush hour periods. City street traffic cannot afford additional congestion during rush hour, but as the free alternative, paying drivers may be able to get a break in traffic on toll highways as those who can’t take the budgetary hit move off of the pay-to-play Expressway.

It also adds expense to a group who chose to live a considerable distance out of town in order to afford a larger home and property. With vacancy rates under one per cent and home prices rising to over $1 million for a detached home in Toronto, it’s an added expense on people who already can’t afford to live in the city, near work or school.

With an estimated $80 to add to a commute, it’s something to consider when budgeting for a move. While you may save some money by choosing a location out of the city, will the expense be made up by your commute?

And how will businesses react? One of the issues of city living is the price of parking. Many choose big box locations or malls outside of the core for one-stop-shopping, dining or entertainment because the convenience and free parking offset the travel time. If it now has an added cost just to get there, it doesn’t offset the price of parking, and the toll highways may make a considerable impact on destinations.

While it will always be the worst case scenario when envisioning change like this coming in, there has to be a way to fund transit and infrastructure, and there doesn’t seem to be much in the way of alternative funding. Transit ridership may increase, but transit fairs can’t be raised enough to support the high cost of transit development.

Tolls are still waiting for provincial approval, and we won’t see them roll out until 2019 – though it could be as long as 2024 before they become a reality, according to municipal transportation staff. Until then, enjoy the free ride on the city streets your taxes already pay for.