By NextHome Staff August 23, 2020
Waterfront Toronto's plan to build a connected walkway along the water's edge has been in the works since 2006. This rendering of the detailed boardwalk design shows a portion of the East Bayfront. The 158-metre boardwalk would run along the Water's Edge Promenade at the foot of Sherbourne Common. Designed in a herringbone pattern using Thermowood Ash, the boardwalk would be six metres wide and would run the full length of East Bayfront, from Parliament to the Jarvis Street Slip. 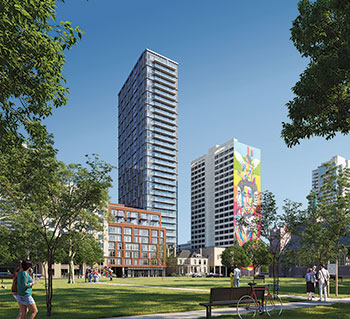 The project plan includes keeping the facade of the original 1902 Beaux Arts heritage house (inset) despite a fire late last year. The facade will be merged with a new podium-tower designed by Turner Fleischer Architects.Units range from studios to three-bedroom suites, with pricing starting in the $400,000s. 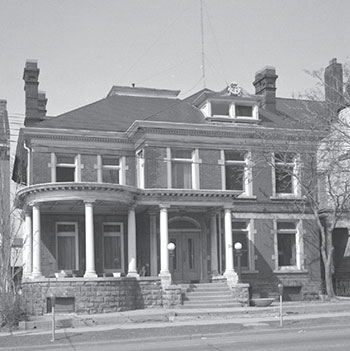 The condo is less than 200 metres from Ryerson and right across the street from Allan Gardens.

Ontario is one step closer to two-way, all-day rail service along the Kitchener Line, with the excavation of tunnel one (of two rail tunnels) underneath Hwys. 401 and 409. Excavation of the second tunnel is expected to be completed in late 2020.

One Twenty to begin construction

Congratulations to the Mountainview Homes' team – they are starting construction on the One Twenty Condominiums community this month. 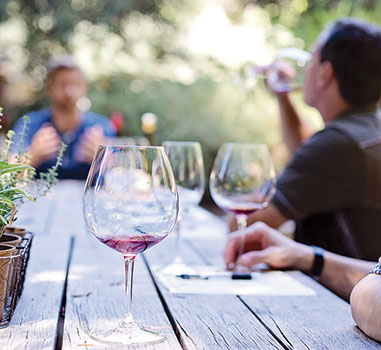 This walkable and pedestrian friendly Fonthill community is perfect for active families of any age. Located in Niagara Region, it's minutes from amenities and surrounded by wineries, The Falls and downtown Niagara Falls. Suites are available from the low $400,000s.onetwentycondos.ca

Late last month, the Ontario government announced funding support for York University's new Markham Centre Campus, the first publicly assisted university in York Region.The location of the five-acre campus is just north of Hwy. 407 next to the Markham Pan Am Centre. It will be within a 10-minute walk of the Unionville GO Station and the Hwy. 7 VivaNext transit corridor. 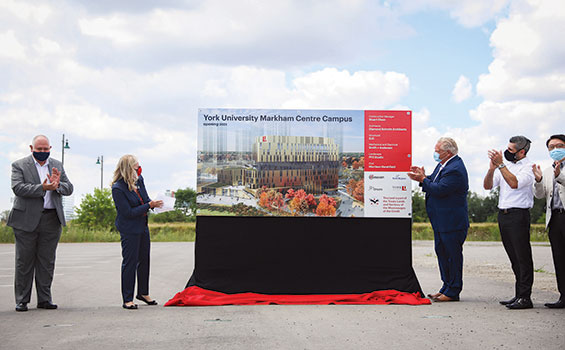 The $275-million campus is set to open in the fall of 2023.Markham Mayor Frank Scarpitti says the shovel-ready project "will provide students with workplacebased learning opportunities while they study and local job prospects when they graduate."

28 Eastern one of the first to market after lockdown

New condo launches are picking up steam now that we've entered Stage 3. One that is getting plenty of attention is Alterra's 28 Eastern Condos – a bold new midrise condominium that's steps from the Cherry Street YMCA in Corktown.With the planned Ontario Line's Corktown Subway Station nearby, the location will be very well connected. 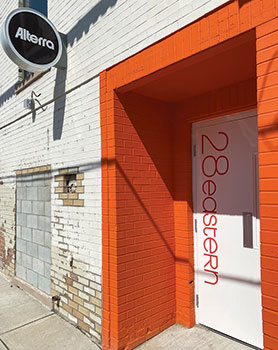 Currently, the King streetcar whisks you into the heart of the financial district in minutes, and you can easily walk or bike to the shops and restaurants of King Street East from the location, as well as to the Distillery District, St. Lawrence Market, George Brown College, Corktown Commons, and the Canary District.With an incredible rooftop terrace and beautiful city views, as well as a range of modern indoor and outdoor amenities, 28 Eastern will be a doorbuster.28eastern.com

Month to month vs. 1-year lease - which is better?

The Amazing Brentwood Invest in Amazing

StateView Homes looking forward to another year of giving