New home and condominium sales will continue momentum in 2020

By NextHome Staff January 30, 2020
Predictions for new home and condominium sales in 2020 are abounding in the media, and I have some of my own. I see sales being similar to last year, with a heightened awareness for affordability driving the momentum and style choices. I also see a major shift in expectations for all generations of home and condo buyers, and as the last bastion of affordability, the condominium market should remain strong.Condo sales in the Greater Toronto Area did extremely well in November, up 32 per cent from November 2018, which already put these numbers among the top four years ever. What's interesting is how the demand for condos is growing in the outer boundaries of, and outside of the GTA. I call the 905 areas around Toronto the "ring of fire" for new condo sales. These are all areas people can drive to in an hour or so from the city. One example is Chestnut Hill Developments' Universal City in Pickering, where the first two towers have sold out, and the third is in the registration stage anticipating a Public launch this Winter. Amacon's AVIA Condos in the Parkside Village community in Mississauga City Centre is another multi-phased condominium residence experiencing hot sales. 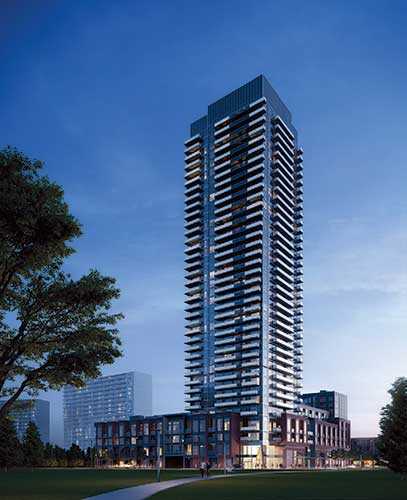 Farther out, we are seeing heightened interest in new condos in areas such as Hamilton, Kitchener and Waterloo, which are within an hour's drive of the outer boundaries of the GTA. In 2018, we launched the first phase in Sorbara Group's The Way Urban Townhomes in Erin Mills, which nearly sold out, and the second phase released late 2019 is nearly 95 per cent sold. We're getting ready for another release early this year. This product is smaller and tighter than in the GTA and offers affordable end prices. We've sold close to 500 homes in Dundalk over the last few years and our phones are ringing off the hook for Rosehaven Homes' KiWi Condos on King William in Hamilton.Remember those changing expectations I mentioned? We are seeing a strong market of Millennials who plan on being permanent renters, as owning in Ontario is becoming more of a financial challenge as time goes on. This is encouraging news for condo investors.In November, we also saw lowrise sales in the GTA up 207 per cent over November 2018, which is largely due to builders divesting themselves from legacy communities of large lots. We will continue to see a redesign of more affordable home types. In addition, a growing number of people purchasing lowrise homes want multigenerational designs that include a basement apartment, loft, coach house or garage made into living space. Having accommodations for three to four generations that can share expenses is a hot trend right now, especially as not many people can afford millions of dollars for a home.The other shift I see is in mortgage trends. Three-year mortgages are around three per cent, but some buyers are paying five to six per cent to have an edge in entering the marketplace. They will make that sacrifice to realize the dream of homeownership.The economic indicators are there to keep new home and condo sales going strong: Immigration, jobs and interest rates. Time will tell.

Debbie Cosic, CEO and founder of In2ition Realty, has worked in all facets of the real estate industry for over 25 years.In2ition.ca