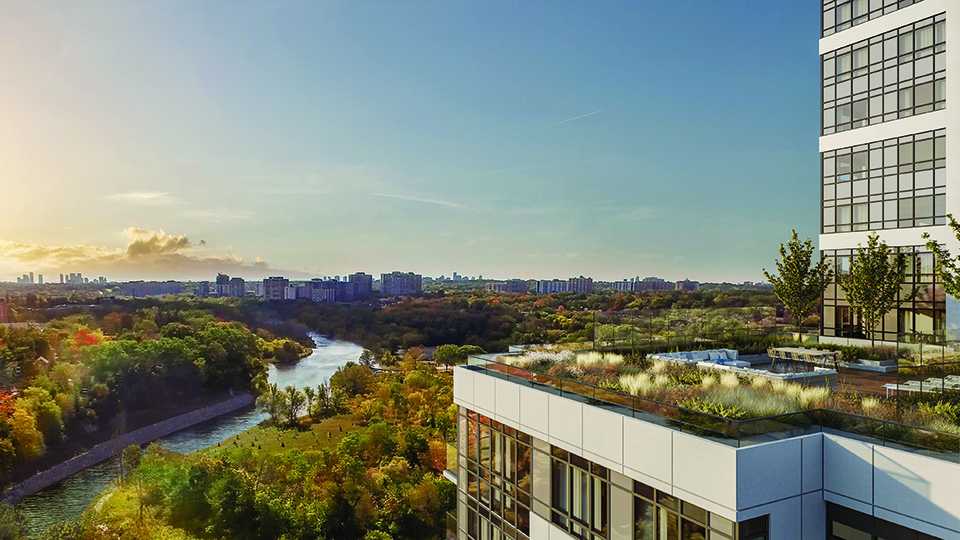 Life changed for Sheena McDonald and Adam Vandeven one morning last fall. Out for breakfast with friends, the conversation turned to Toronto’s favourite topic: Real estate. Thirty-something working professionals with an infant, the couple felt as though homeownership in Toronto was no longer possible for people like them.

Over eggs, a friend casually mentioned they’d purchased at The Humber – an upcoming condo community from Options for Homes on the banks of the Humber River in Weston Village – and their interest was piqued. If their peer could afford to buy in Toronto, could they?

“We were in the same boat as a lot of people who live in Toronto,” says Sheena. “We had resigned ourselves to renting forever. So, when we learned that purchasing could actually be possible with Options, we jumped as quickly as possible.” 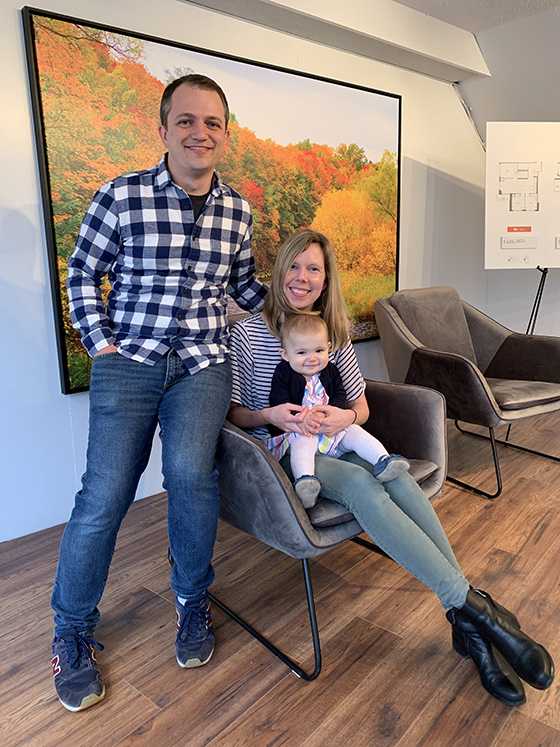 Sheena McDonald and Adam Vandeven and their daughter at the Options for Homes presentation centre at 1984 Weston Road at Lawrence Ave.

Sheena and Adam discovered that Options offered a down payment loan of up to 15 per cent on the three-bedroom suite they were interested in. That boost was just enough to help them lower their mortgage and make purchasing a home big enough for their growing family possible. They purchased a 988-sq-ft. condo with nine-foot ceilings and river views for $651,466.

Being new parents added to their sense of urgency. “Once we had a baby, the idea of homeownership became a lot more desirable, just to have that sense of security,” Sheena says.

The couple was drawn to The Humber’s location next to expansive greenspace, community amenities like Artscape Weston Commons and the Weston Farmers’ Market, and proximity to the UP Express – a huge help to Adam who recently landed his dream job as an Air Canada pilot. “It’s only 15 minutes to Terminal 1, which, for me, is incredibly convenient,” he says.

They were also excited by the prospect of community – both staying within Toronto, which they love and are not willing to leave, and the community that Options is known for fostering.

Sheena recounts being at one of Options’ Condos 101 information sessions and hearing that the developer doesn’t sell to investors. “They said they want families to live there and to build a sense of community. That was important to me,” Sheena says, adding she knew first-hand that the claim was true. “We have friends who live at Heintzman Place (a previous Options community) and they say that sense of community actually does exist. I feel like that’s special and rare.”