Tridel’s condominium residences at The Well 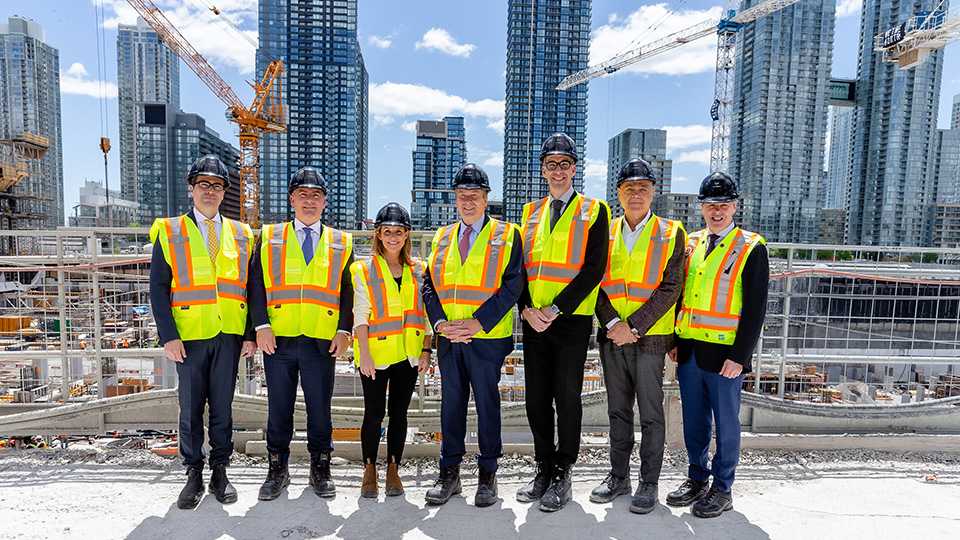 The 7.8-acre construction site situated at Front and Spadina will soon be home to Toronto’s most anticipated master-planned community, The Well – a project that Altus Group analysts expect will generate $4.2 billion in economic activity upon full completion.

“The Well is a transformational project and one of the most complex, multi-faceted developments Tridel has ever worked on,” says Andrew DelZotto, executive vice-president, Tridel at the launch on June 3. “This is a choreographed city building, and it’s an honour and privilege to know that together with our collaborators at RioCan, Allied and Woodbourne, we are generating billions of dollars in economic activity and contributing directly to the growth of Toronto and the GTA as a whole.”

The details of a new report by Altus Group were unveiled that afternoon by Toronto Mayor John Tory alongside DelZotto, Tridel Director and Executive Vice-President Andrea DelZotto, RioCan President and COO Jonathan Gitlin, and Woodbourne President Jake Herman, who, together with Allied Properties, make up the development team behind The Well, one of the most ambitious mixed-use projects in Canada. The 2019 economic impact report revealed that annual benefits from the on-going operation of The Well’s commercial and retail spaces, and the management of the property, will generate more than 23,000 person-years of employment and over $300-million in income by households. In total, the estimated annual economic benefit from the on-going operations of The Well add up to approximately $939 million in economic activity for the city.

“The Well has the ability to transform the downtown core and create an entirely new community,” says Mayor John Tory. “Investments like this are a reflection of the growth we are experiencing in Toronto and the confidence that businesses have in our city.”

The new findings were revealed amid the launch of the residential condominium component at The Well by Tridel – three towers aptly named the Classic Series I and II, and the Signature Series. Tridel’s spacious Signature Series residences will take the form of a 14-storey midrise along historic Wellington Street and comprise of 98 suites, while the Classic Series I and Classic Series II will be two highrise towers, standing at 38 and 22 storeys tall, respectively. Each residence will provide stunning views of the city and streetscapes, with vast glass windows allowing for abundant natural light. Tridel condominium residences at The Well are slated for occupancy to commence in late 2022. 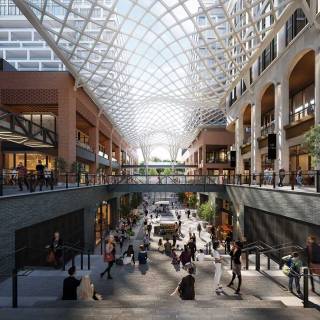 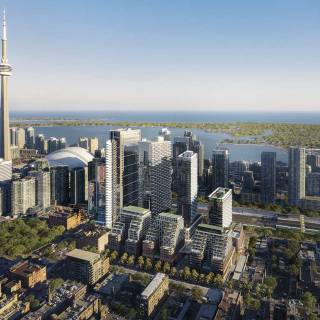 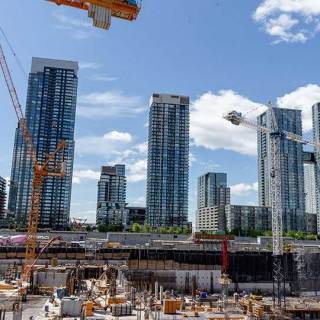 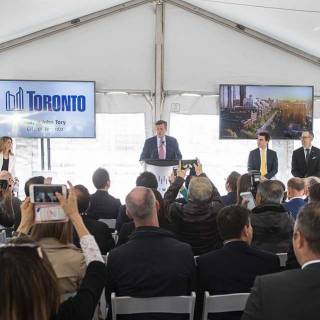 A unique mix of shops, restaurants, workspaces, and residences, The Well is a natural extension of King West and will reinvigorate and transform the corridor between Front and Wellington Streets, west of Spadina Avenue. Comprised of seven mixed-use towers and midrise buildings, The Well is set to become a hub for the ultimate lifestyle experience in downtown Toronto, complete with signature condominiums, purpose-built rental suites, a world-class food market, innovative retailers, globally inspired restaurants, modern office spaces, and much more.

Materials used in the design of The Well were carefully considered to reflect the surrounding neighbourhoods, pulling visual cues from the existing architecture along King Street West. Multiple architects and visions came together to tell a cohesive architectural story that purposefully moves from red brick to wood to concrete, as The Well flows west to east towards the financial district. Overhead, a soaring glass canopy responds to the unique seasonal diversity of Toronto, sheltering pedestrians as they move through The Well. This allows for year-round access to greenspaces and the al fresco shopping and dining experience the city craves.

In total, The Well will offer space for 5,000 new office jobs, 1,200 new retail jobs, and over 750 new condominiums by Tridel. To register for more information on Tridel at The Well Condominium Residences, visit tridel.com/thewell