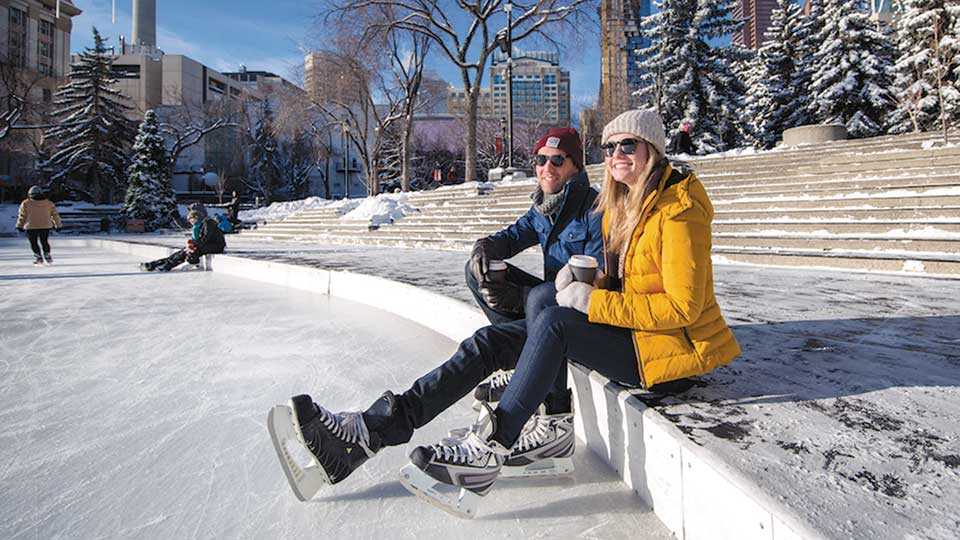 The difference between these four common homes styles

1. Craftsman homes often have low-pitched roofs with wide eave overhangs, exposed rafters, decorative beams or braces under gables, and porches. Natural materials such as stone or wood are used in combination with siding, Hardie board or shake. Interiors feature a large amount of woodwork, such as built-in shelving and seating.

2. Modern or mid-century modern homes evolved at the end of World War II as a contrast to classic architectural styles. The style incorporates new trends for letting in light, with simplicity and elegance. Modern homes are known for having big windows, lots of open space in the interior, and the use of glass, steel and concrete.

3. Prairie-style is credited to legendary architect Frank Lloyd Wright. The plan was to create a practical, beautiful space that blended in with the flat prairie landscape. Inspired by the Craftsman, the Prairie has a long, flat (or slightly inclined roof), multiple windows, lots of horizontal lines, and an emphasis on organic materials such as stone, wood, and brick.

4. The Traditional home style is based on flexibility, taking the best elements of other home styles to create a comfortable, livable home, usually featuring a covered front porch, a front-facing gable, and a rectangular ground floor with a large attic space overhead. The exterior is simple and straightforward, but the interior can consist of a variety of different floorplans.

The Hawthorne by Trico Homes

When is a bungalow not necessarily a bungalow? When it’s the Hawthorne show home by Trico Homes in the new Okotoks community of Wedderburn. Offering incredible flexibility to fit any lifestyle, the base model checks in at 1,366 sq.-ft., with a huge master bedroom and adjoining ensuite as well as a main floor powder room – perfect for young professionals or empty nesters. If you need more room, however – presto! – the floorplan is easily reconfigured to include an upstairs loft with two more bedrooms and a family room. For even more space, the basement can be finished, adding more bedrooms and more living space. The completely finished show home, located at 6 Highwood Dr., measures in at a healthy 2,103 sq.-ft., five bedrooms and two-and-a-half baths. The show home as is, with all the bells and whistles, including built-in Whirlpool five-burner gas range, microwave and dishwasher, quartz countertops and ceramic tile backsplash, and backing onto a pond, is priced from $699,900. The standard bungalow version starts at $509,900. 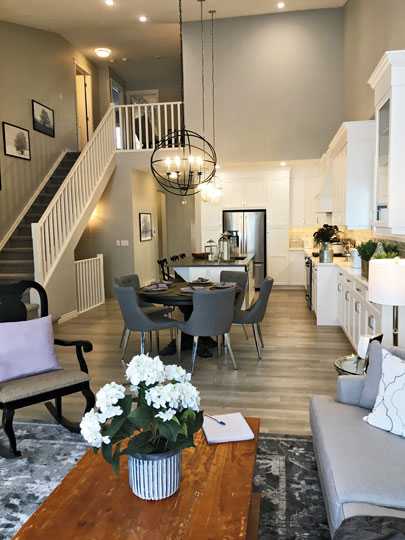 With transit ridership in decline across North America, some municipalities have begun to innovate by introducing transit on-demand projects which operate similar to a ride-share service. You just might not be the only passenger.

The Town of Cochrane’s COLT: Cochrane On-Demand Local Transit, lets riders request a bus at a specific stop by phone, on the website or by using the app. COLT launched with four buses and plans to double that by next year. Rides were free for the first three months of COLT and will cost $2.50 beginning in January.

Transit on-demand is also used to supplement the transit service in large cities. Calgary launched a pilot project in the summer in the communities of Carrington and Livingston. It’s a cost-effective way of connecting people in these newer parts of the city to transit hubs and amenities.

Anthem United is invested in Okotoks. The developer is finishing off Drake Landing – on the east side of Okotoks – and is a couple years into the new community of D’ARCY on the northwestern edge. They also have brought on Wedderburn, just across Northridge Drive from D’ARCY, with three showhomes open from Prominent Homes, Sterling Homes and Trico Homes. Like D’ARCY, Wedderburn is named for the prominent local family who used to farm the land. Only 30 minutes to downtown Calgary, the 160-acre community is currently offering front drive homes on large 40 to 48-ft.-wide lots. The three builders are offering many options to homebuyers, including two-storey and bungalow homes. At build out, the community will be home to 3,200 residents. Wedderburn will feature multiple playgrounds and a large commercial complex along Northridge Drive. Residents can also enjoy the brand new Meadow Ridge K-9 School on the neighbouring land. Architectural designs feature a mix of bungalow and two-storey homes in Craftsman, Modern Farmhouse, Tudor and French Country styles, starting from the $470,000s. 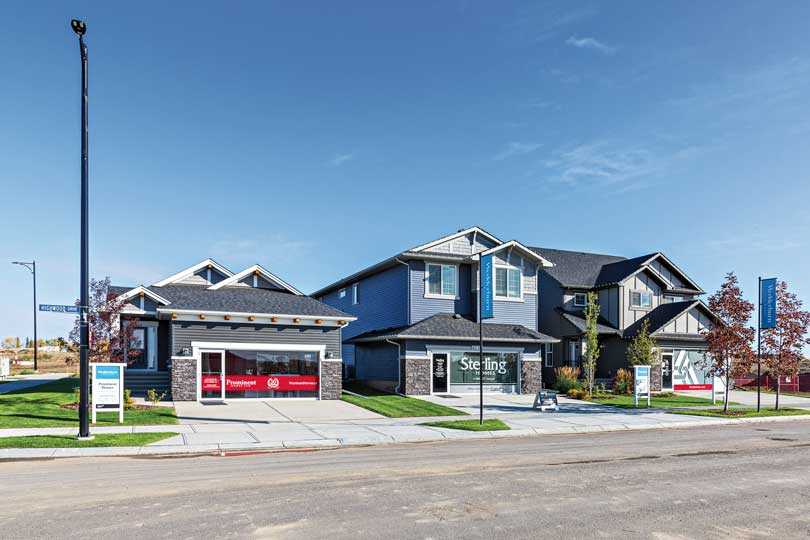 Fish Creek Park is a provincial park located in the southern part of Calgary. It is also one of the largest urban parks in North America, stretching 19 km (12 miles) from east to west. At 13.48 km2 (5.20 sq mi), making it three times the size of Vancouver’s Stanley Park. 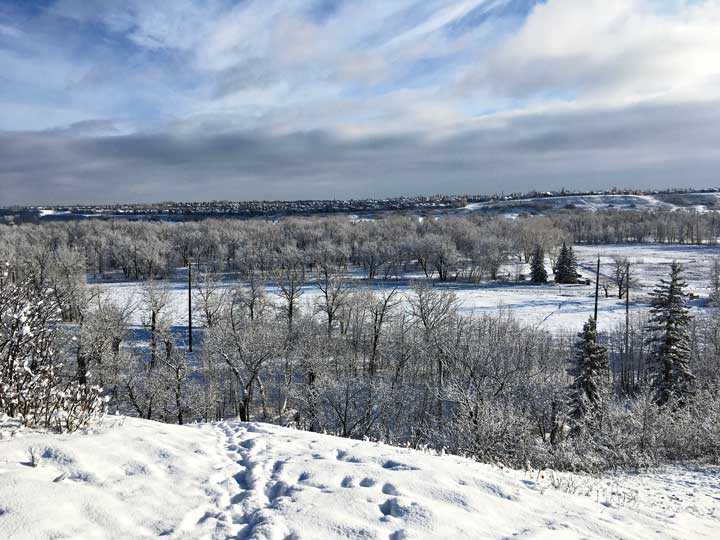 Jim Zang is a professional writer/editor who has lived in Calgary his entire life. He has been reporting on the local housing industry since the early 1990s and is the former editor and associate publisher of a variety of housing industry and lifestyle publications in Calgary and region.