Stone & South on the St. Lawrence River in Gananoque 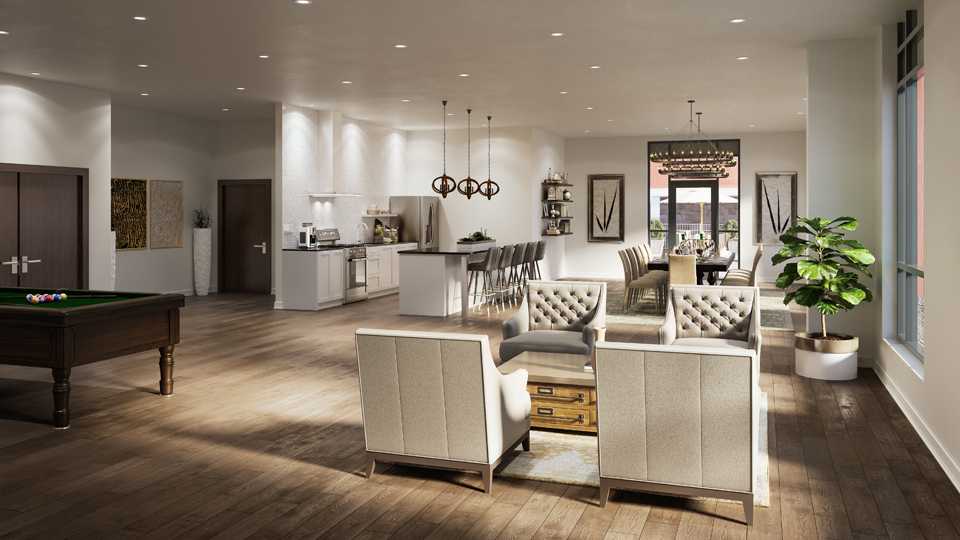 Like the Thousand Islands that surround it, Gananoque is a destination. The islands – actually more than 1,800 of them in the St. Lawrence River, straddling the border of Canada and the U.S. – have been summer playgrounds for well-heeled “islanders” for generations.

Founded as a mill town in 1789, Gananoque is quite literally “The Gateway to the Thousand Islands.” And this waterfront community of about 5,000 embraces everything about it – from preserving a history in boat making to promoting some of the best muskie fishing in the province.

CaraCo Development Corp. is not hoping to change any of this with its new condominium project, Stone & South on the River. In fact, visit the company’s sales centre and you might well be encouraged to stop by the Thousand Islands Boat Museum – less of a museum and more of a “water centre.” The emphasis is not on viewing static displays but on interacting – promoting the town’s relationship with the water, encouraging young locals who live “two blocks up the street” to come down to the river. Learn the history. Enjoy it. Live it.

Stone & South does, too, and it occupies an important place in Gananoque’s future. The site is literally right on the water, a prized location in these lands. There are other condo developments in town, but neither fronts the water on the site of a former dormant marina. Stone & South is the only new waterfront community in Gananoque, with unobstructed views of the St. Lawrence – from every suite.

Building amenities include a gated outdoor space with private barbecue areas, private off-leash dog area, fitness centre, bike, canoe and kayak storage, swimming dock, underground parking and pay-per-use concierge services. And what would living on the water be without marina access? Stone & South has that, too, accommodating boats up to 40 ft.

All that, plus expansive eight-ft.-deep balconies and terraces. 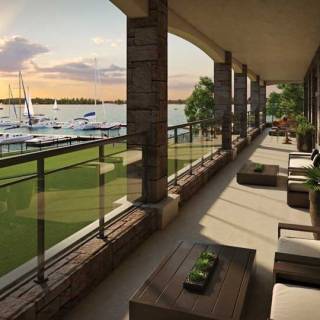 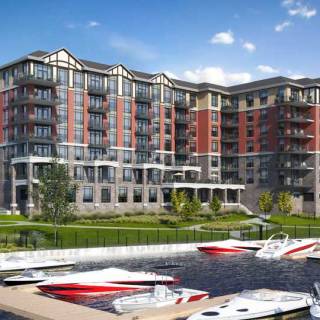 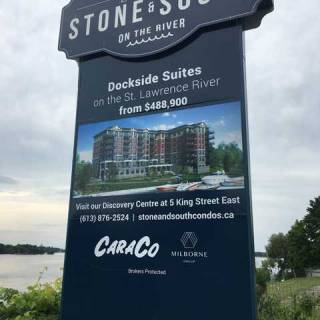 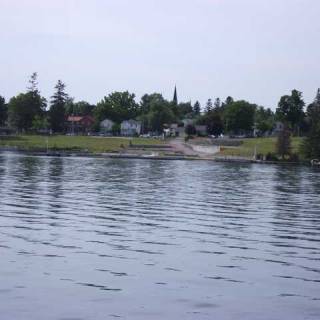 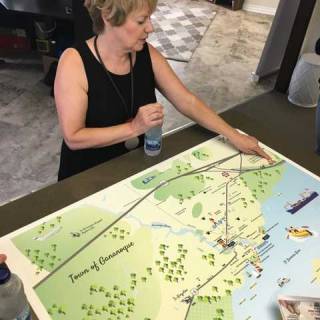 Plus, Stone & South rises just six stories, comprising only 70 units in two buildings. Phase one, totalling 41 suites, is now selling, with about half already spoken for. Construction is set to begin in the fourth quarter of this year, and occupation in spring 2020.

So far, retirees have been the dominant buyers, according to Mariah Hamilton, regional director of Marketing and Business Development for the Milborne Group, who is heading up sales for Stone & South.

But back to the town – Gan, as it’s called by locals. Developers typically boast about their projects’ location, features, amenities, “walk to everything…” But at Stone & South, it’s actually true, and you really can.

Have guests in town? The Gananoque Inn is a one-minute walk down the street. Like live local theatre? The Playhouse is maybe a three-minute walk. And, for the record, local theatre doesn’t mean amateur. In late June, The Buddy Holly Story was playing to a string of 10 straight sellouts. And the talent? Appearances at Toronto’s Ed Mirvish Theatre punctuate the actors’ resumes, while Director James MacDonald has directed at Stratford and Shaw.

And if you want to entertain your group in style at home, Stone & South’s party room, the Upper Deck, has indoor and outdoor space. This, too, with beautiful views of the St. Lawrence.

Want to cruise the Islands? A handful of carriers offer boat tours from one to five hours, leaving from the main public marina area – again, within easy walking distance. Looking for a bite or a drink afterward? A number of award-winning inns, restaurants and pubs are a casual stroll away.

Because of its proximity to Kingston (34 kms), Ottawa (166) and Toronto (288), two out of three potential buyers are not from Gananoque. “In their late 50s, early 60s… people who, if they haven’t already retired, they’re planning for it,” says Hamilton. “They come here and love the area, and see the value of Stone & South. It’s hard to beat.”